My local board game store has an annual ding and dent sale where you can get some great deals. Everything is from 50% to 90% off! I got there early so there were a lot of tempting games. I had to talk myself out of so many games but here were what I was most excited about.

All that in the picture above only costed me about $40. I have been getting back into Dungeons & Dragons and have some new players who never played before so I was very happy to find the Starter Set for 80%. They also had a couple of DnD books and I got the Explorer’s Guide to Wildemount solely because it had the best discount (70%). My friend got a ton of DnD/ RPG minis and I was able to only find one blind pack. But it is from a set I really wanted and I pulled the Death Tyrant which is probably the mini I wanted most from the set.

I also found a board game, Ricochet Robots that a friend really wanted for some time now and I also got more escape room type games including the Star Wars themed Unlock games which I was always kind of interested in.

Overall I am very happy with what I got!

Filed under Board Games

Dungeons & Dragons Icons of the Realms Icewind Dale: Rime of the Frostmaiden just came out. I was looking at the set list and there were a couple of figures that I wanted so I picked up a single booster pack (for now) and hope to get lucky. Each booster packs has four repainted plastic figures.

I pulled one of the figures that I was really hoping to get, Abominable Yeti 31/45! I really love the sculpt but unfortunately you can see the segments of the different pieces that make the whole figure which is a little bit annoying. The other figures are Kobold Vampire Spawn 13/45, Goliath Barbarian 8/45 and Human Trapper 15/45. Is it just me or does the Kobold Vampire Spawn figure looks kind of like an evil Mushu from the good Mulan movie? Maybe I can write that in a story somehow…

As I was sorting out some of the stuff I got at thrift stores recently I felt kind of sad that physical media like books, comic books, DVDs etc are being phased out. I will miss the collecting side of things and I will also miss the interesting little bonus items and freebies that are included. For example, I recently got two Dungeons & Dragons DVDs from a thrift store and they both come with a D&D campaign.

The first movie simply called Dungeons & Dragons comes with a video game demo of Baldur’s Gate II and The Sewers of Sumdall D&D campaign which uses a very simple D&D quick play ruleset. I ran it with couple of players who never played a RPG before and it was a lot of fun. The second movie, Wrath of the Dragon God came with the Servant of Decay campaign. I haven’t tried it yet but I skimmed it and looks fun. I may have to modified the rules to either D&D 5th Edition and maybe even Fate. Both DVDs came with mini documentaries about the game D&D which I enjoyed. By the way, the first movie is terrible but almost in a fun way and the second movie is an OK movie. I can probably write a whole blog post about them.

Similarly I also got this Yu-Gi-Oh Volume 7 manga. It is about the main character trapped playing a Yu-Gi-Oh themed RPG and it is quite meta. Most Yu-Gi-Oh mangas are a chaotic mess but this story line is a very fun read. Anyways it came with a little game called Dungeon Battle in the back of the book. I was looking for a good scan of it and I can’t find any information on it anywhere. That is what I fear; as everything goes online, we lose fun little things like this. Here are bad scans of the game if you are curious about it. 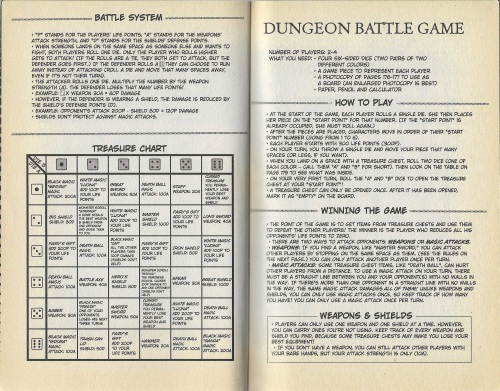 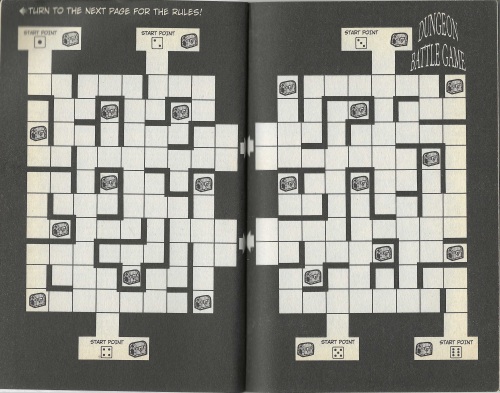 Some other cool items I found recently are signed comics (Heathen NYCC edition signed by Natasha Alterici and Yi Soon Shin #4 signed by Onrie Kompan) and the Joking Hazard game with an expansion. Everything here costed me about $10!

I used to buy a lot of Heroclix packs just for the collecting side of things but the latest sets have some serious quality issues. The plastic Wizkids uses seem to be too soft so every figure has a lean to it and damages way too easily. The Dungeons & Dragons figures/ minis are placed next to the Heroclix packs at the board game store close to me and I was thinking it can be a fun pack break. So I picked up this Dungeons & Dragons Icons of the Realms Storm King’s Thunder prepainted plastic figures booster pack. I know both Heroclix and these D&D figures are from WizKids so I am a little worry about the quality but luckily, Storm King’s Thunder is an older set so I don’t think this will be a problem. Anyways, each booster pack has a big figure and 3 smaller figures. 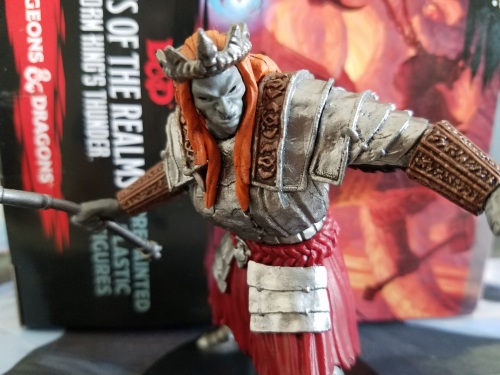 My big figure is a Fire Giant 32A/45 and my small figures are Thri-Kreen 16/45, Yuan- Ti Malison 37/45 and Darkmantle 4/45. I was a bit curious and I was surprised to find that the Fire Giant is worth about $12 and the Yuan- Ti Malison is a rare and worth about $20 so I got quite lucky! I am very happy with the sculpt and the paint job on the Fire Giant. I am just worried about the Fire Giant’s hammer since it is a tad bent. The smaller figures are OK too. Overall they are all much better than the Heroclix figures I got lately.

I honestly don’t play much RPGs lately and I haven’t played D&D in like a year. When I do get to play RPGs I tend to DM Fate one shots but here is the beauty with Fate. You can make any story work in the Fate system and it is a sure bet I will work a Fire Giant in my next one shot!